This day is celebrate globally on 9th December every year to reconfirm the promise of the United Nations & their member states to fight against corruption at home & borders as well. So the main aim of this day & the campaign is to remove corruption from society & create a charming & prosperous society across the geographical borders. That day a lot of activities like conferences, speeches, plays etc are perform both in the United Nations & respective member states to encourage a feeling of fighting against corruption.

The transparency International invited people across the world to take part for helping & making a corruption free fair world. This is the 15th anniversary of the acceptance of the United Nations Convention against Corruption (UNCAC) & this year UNDP & UNODC celebrated the day with the theme “Together, We are United against Corruption.”

People also praise the anti-corruption activists who were kill for raising their voices against corruption. Also, people promise that they will never waste their sacrifices & people will always unite together in the fight against corruption to create a world free from corruption someday.

There Are Five Key Points Highlights on The Agreement 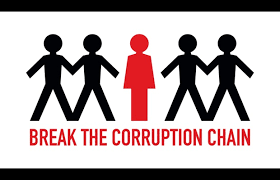 The Government of India confirmed approval to the United Nations Convention against Corruption on 9th May 2013 to reaffirm its commitment to fighting against corruption.

The headquarters of the UNCAC is located in Merida in Mexico & New York. The General Secretary of the US is the depository & the United Nations Office on Drugs & Crime is the secretary of the meetings of state parties.

There are many purposes for forming an international platform to commonly fight against corruption. Hence, the main reason is to raise awareness among the members of the Government & general public.

Some statistics of Corruption

Denmark is on top position for least corruption nation scoring 90%. The US is the 10th in line with 81%. India is ranking with China, Brazil & Belarus on 79th with 40%.   North Korea is raking 176 with 8% as it is the most corrupt nation now.

This celebration of an International event on corruption confirms that the people from various parts of the World are being unite, and then a corruption-free society is possible to create. It provides them the courage to fight against corruption instead of being silent about its effect. Maybe you are the last to face the corruption, but later you can come under its fold if you chose to be silent. So, the objective of creating sustainable development globally by 2030 is possible only when we remove corruption.