South African contestant Zozibini Tunzi was crowned as Miss Universe. At this year’s pageant after going through the rounds of swimsuit & evening gown struts, questions on social issues & a final opportunity to explain why she was the right choice. More than 90 women from all over the world had participated in the pageant. It was in Atlanta in the US on Sunday. Among the three finalists Tunzi beat the two of Puerto Rico’s Madison Anderson & Mexico’s Sofia Aragon. 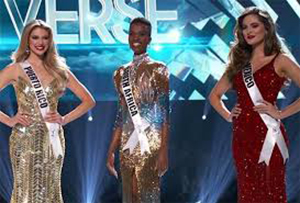 “I grew up in a world where a woman who looks like me. With my kind of skin and my kind of hair. Was never consider to be beautiful,” the 26-year-old Tunzi explain in her last response.”

“I think it is time that stops today. I want children to look at me and see my face. Also, I want them to see their faces reflected in mine.”
Tunzi is the pageant’s first black winner in eight years since Leila Lopes from Angola in 2011. In her official bio regarding Miss Universe, the 26-year-old Tunzi is narrate as a strong exponent of natural beauty. She “encourages women to love themselves as they are.”

This is the first time in history that Miss Universe, Miss America, Miss USA & Miss Teen USA all are black women. When Tunzi’s name was announce as Miss Universe last Sunday, she joins in a historic group of black women with 2019 Miss USA Cheslie Kryst, 2019 Miss Teen USA Kaliegh Garris & 2019 Miss America Nia Franklin. But Tunzi’s win is a most vital moment for a representation of all women. When Tunzi was asked what young girls should be taught today, her answer was leadership – she encouraged people to give opportunities to women & to teach girls about the importance of taking up space. 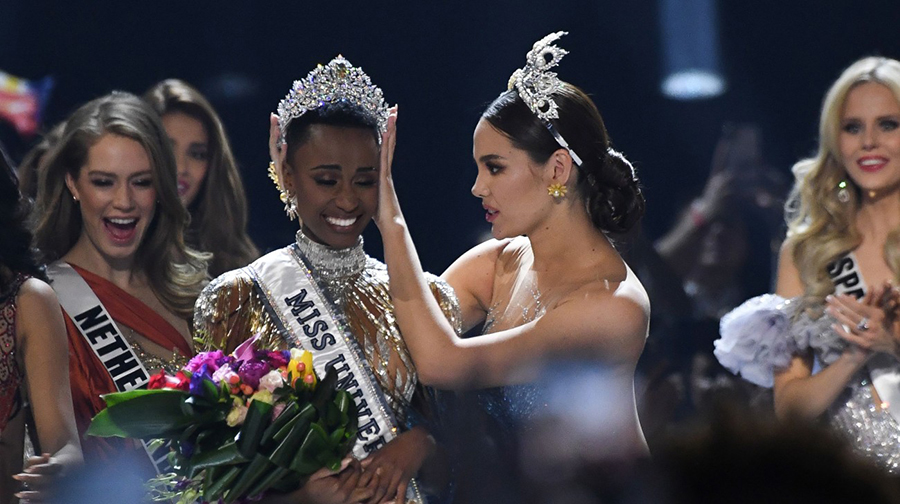 She said, “It’s something that has been lacking in young girls & women for a very long time – not because we don’t want to, but because of what society has labeled women to be.”
“I think we are the most powerful beings in the world, and that we should be given every opportunity.” 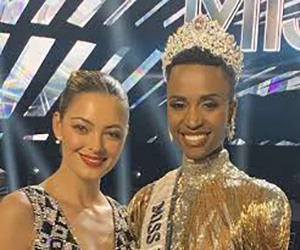 “And that is what we should be teaching these young girls – to take up space.”
She wore her natural short style hair, about which she said, “a symbol of my firm belief in fair representation.”

Even her outfit reflect her beliefs as well.
Tunzi is a public relations specialist & model. She grew up on the East Cape of South Africa. She was pursuing her master degree in public relations & passionately doing campaign against gender-based violence before taking part in the Miss Universe pageant.

As a part of her campaign for Miss Universe, she became a partner of HeForShe. This is an organization, run by the United Nations. This organization encourages men to participate in the fight for gender equality. Tunzi ask men from South Africa to write their supportive letters to honor & celebrate South African women & that message was later printed on the pieces of colorful ribbons which were woven into her national costume & which was called “Wave of Love.” 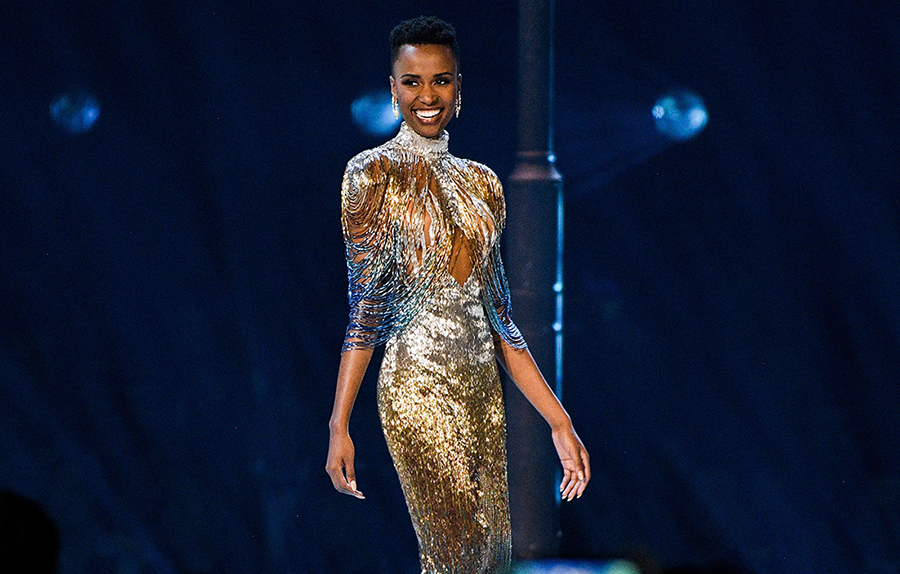 “May every little girl who witness this moment forever believe in the power of her dreams & may they see their faces reflected in mine.”