You are blessed if you have all the three basic materialistic things Food, Clothes & Shelter. It is a part of human needs. So, be thankful for it.

Every day there is more than enough food which is prepared for feeding the people all around the blue sphere. Yet, more than 690 million people go to sleep hungry almost every single night.

Today is the WORLD FOOD DAY which is internationally acknowledged on 16th October. It is celebrated to honor the founding date of the Food and Agriculture Organization (FAO) in 1945.

Enlightenment On The History In ITSY- BITSY!

World Food Day was primarily establish in the 20th General Conference in November 1979 by the FAO members. It was the Hungarian Minister Mr. Pal Romany who played a very active role. In the 20th session of the FAO Conference, he suggested the idea of celebrating Food day globally.

Since 1981 each year more than 150 countries observe to celebrate World Food Day. Its main focus is to raise awareness of poverty and eradicate it from the roots. From the same year onwards, the celebration always has a theme to follow. The theme is always adapt and often highlights the most needed areas and has a prime focus on it.

Though the agriculture sector is starving for the investment frequently. But the organization aid for agriculture has shown a mark of decline over the past 20 years.

This year’s theme is: GROW, NOURISH, SUSTAIN, TOGETHER! 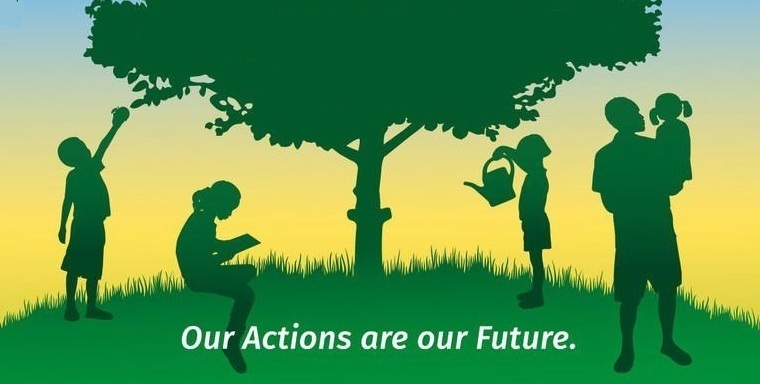 Let’s Get Some Idea Of The Term “Food, Clothes & Shelter”

For the literal meaning the word ‘grow’ means the change and undergoing of the natural or monetary development by increasing in size even in the intangible developments.

In terms of the food industry, the word grow is very complex and diverse. Also the series starts from the sowing of the grain to processing it; conversion to preparation; preservation till packing of the product. The food industry has a huge influence on the consumer’s behavior. There is oodles number of humans who have sufficient money to buy themselves with foods. While there is an innumerable amount of community who don’t have the privilege of food security.

The word ‘nourish’ means providing food or other things that are necessary for the growth in terms of health and good condition.

Malnutrition is a condition which is resulting from poor diet causing illness to the health. The insufficient amount of one or more nutrients lacking or present in the excessive semblance is the cause of malnutrition.

There are millions of people globally who have issues regarding the consumption of calories, protein, carbohydrates, fat, vitamins, and minerals. Though it varies from individual to individual on the intake of these nutrients in less or in excessive amount. But the main principle still stays parallel that irrespective of the social stature every single person should have a proper diet of nutrients in the body.

The Very Next Word In The List Is SUSTAIN:

For the meaning of the word ‘sustain’, it is basically to uphold or strengthen the physical or mental health continued to an extended period of time.

According to UN statistics, the world population is to rise by over a billion people by the year 2050. This directly points that in order to not die starving due to hunger, we have to find different ways to ensure the sustainability of food.

The food which we generally buy from the supermarket is a form of unsustainable food. These foods are contaminating the water bodies as well as destroying the soil. Sustainable food includes growing one’s own veggies and fruits. The handmade food instead of readymade food is purchase from the shops and eating only seasonal food at the correct seasons.

Epilogue Of The Blog – It’s Eternally About Togetherness!

Therefore, World Food Day is not just about the different types of cuisine all around the world. It is about creating an awareness about the people whom we leave behind us. Left behind in terms of getting meals properly in every square interval of time.

Our main focus should be ‘walking together’ with all ups and downs. Walking with all class, diversity, and socialite mortals. This year the pandemic affect everyone. But what remains constant is suffering for the underprivileged people.

Even in this triangle of crisis, suffering, and solution please be the Hero for the people who has nothing with them. Learn and teach others that u are not rich by having money and wealth. You are only rich with your behavior and self-awareness about the people around you. Be the Angel in their life and called Nature’s child.

“It’s okay to be vanilla if you have ickle amount with you what matters is how big is your heart in helping others.”- Anonymous.